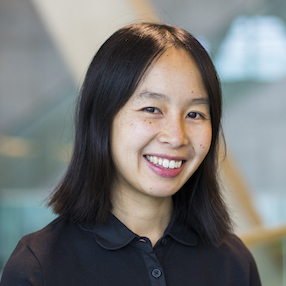 Hi, I am an assistant professor at Utrecht University. Previously I was a research fellow at the Alan Turing Institute. I was also affiliated with Edinburgh University. I completed my Ph.D. at the University of Twente. I received a master's degree from the Language Technologies Institute at Carnegie Mellon University and a bachelor's degree in Computer Science from the University of Twente. I have interned at Facebook (fall 2011), Microsoft Research (fall 2013), and Google (summer 2014). In fall 2015 I visited Georgia Tech.

Interested in doing a PhD with me in Utrecht? Please get in touch! More info here.

I have worked on various topics in Natural Language Processing and Information Retrieval. I'm especially interested in computational text analysis for research questions from the social sciences and humanities. I often study social media data. I defended my PhD thesis Text as social and cultural data: A computational perspective on variation in text at the University of Twente in 2017. I explored computational approaches to text analysis for studying cultural and social phenomena, focusing on textual variation in social media and folk narratives. Winner of the Overijssel PhD-Award (2017) and the Gerrit van Dijk Prize for the best thesis in Data Science (Dutch Data Science Awards 2018).